By Door to Door Car Carrying in Interesting News and Tips July 25, 2016

It’s a rare treat to see a Goggomobil Dart driving down the street these days.

Only 700 models of this tiny doorless microcar were ever produced in Australia and just 100 of these survive, so they’re a bit of a collectors item. Keep reading to find out more about this iconic Aussie car.

Not surprisingly, the Goggomobil Dart usually causes some amusement when they’re puttering down the road. Hardly bigger than a pedal car, it’s impractical to drive the Goggomobil long distances, and they’re not really designed to seat normal sized human beings. One Queensland owner describes it as taking a ride in a car that is “bizarre, cramped, smoky and tiny.”

Despite their ability to make people chuckle, the Goggomobil Dart is a blast from the past that is firmly fixed in Australian motoring history. But the original Goggomobil (not the Dart) was actually a German microcar produced by an automotive company called Hans Glas GMbH (Glas for short) after WWII. 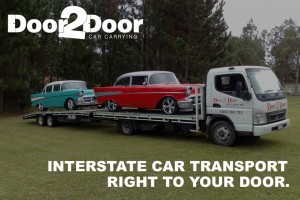 The Goggomobil was a typical microcar with seating for just the driver and a single passenger, a two cylinder engine, simple suspension and cable operated brakes. The sedan version proved to be a popular car with almost 250,000 cars being sold in Germany between 1955 and 1969; the company also produced a less popular coupe and a van.

Meanwhile in Australia around the same time an auto trading magnate in Sydney called Bill Buckle was looking at building a small fibreglass bodied sports car. He thought something like the Goggomobil chassis would be ideal, so he set about importing a whole boatload of them for Buckle Motors. Due to the high import taxes in Australia then, importing just the chassis was a smart move, otherwise he would’ve been paying a huge amount to import entire cars.

Buckle’s version of the German microcar, the Goggomobil Dart looked quite different to the original. For a start the roadster’s body was made out of fibreglass rather than steel and was more rounded, making it look somewhat like a jellybean. It also had a curved windscreen and hinged seats that could be pulled up and back to actually get your legs in. It weighed just 380 kg and featured a two-stroke engine with a 4-speed manual transmission, and could reputedly reach 100 km/h, if the driver was brave enough.

However, it was also doorless and roofless so travelling at high speeds in the Goggomobil Dart wasn’t really recommended. It was designed for a minimal degree of travel and to be seen out and about in, and it’s such a cute car it can still turn heads today.

Got a classic car like a Goggomobil Dart that you’re looking to transport to another state? Visit Door to Door Car Carrying to see why we’re the first choice for classic car transport, or contact us now to find out how we can help you! 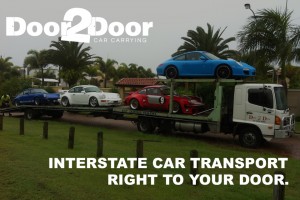 Targa High Country 2018: The most exciting hillclimb in Australia!

5 Caravan-friendly Snacks to Amaze and Excite